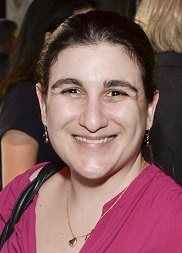 Catherine Trapani
Executive Director
Catherine has been working in the nonprofit sector for over 15 years.  She has been a leader in various coalitions advocating on behalf of homeless New Yorkers and has played a key role in monitoring policy developments and their effects on constituents while advocating for improved policies for and greater access to housing assistance for survivors of domestic violence and homeless families. She was a founding member of United to End Homelessness and a co-author of the Roadmap to Ending Homelessness, a member of the Housing for Vulnerable Families Coalition, a member of the Steering Committee and Co-Chair of the Housing Committee for the Coalition of Domestic Violence Residential Providers and Co-Chair of the Domestic Violence and Economic Justice Taskforce.

Catherine Trapani received her BA from McGill University in sociology specializing in deviance, culture and institutions and graduated with distinction.

Eric Lee
Director of Policy and Planning
Eric Lee joined Homeless Services United in November, 2009.  Since graduating from SUNY Albany in 2008, Eric has focused on helping various underserved and marginalized populations.  In August, 2008, he received an official Citation from NYS Assembly Member Ellen Young for his volunteer work on healthcare issues of immigrants at The American Cancer Society- Asian Initiatives. He completed AmeriCorps’ Public Allies program in June 2009, serving as a Community Organizer for a parent-led advocacy group working towards increasing inclusion for children with special needs in NYC public schools.